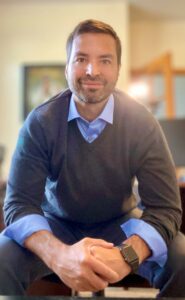 Since graduating from law school, he has become a member of both the Washington State and Hawaii State Bar Associations. Joseph moved to Maui in 2006 and worked at the Hawaii State Public Defender’s Office. During this time, he handled an extensive load of cases, jury trials and acquired a broad base of legal knowledge and hands on experience.

In 2009, he opened his own practice with a primary focus on assisting clients hurt or injured by the negligence of others. Joseph is passionate about assisting victims of personal injuries and he works tirelessly to get them the compensation they deserve.

Joseph not only assists injured persons, but he is also an injury victim himself – having been rear-ended in a multiple car collision. He personally knows the pain, struggles, and anxiety that his clients experience, and he continuously finds way to help reduce them.

When not helping his clients, Joseph enjoys spending time with his family and the beauty of the Pacific North West.

In 2011, he was selected to study at the prestigious Trial Lawyer College with Gerry Spence, one of the nation’s top trial lawyers.